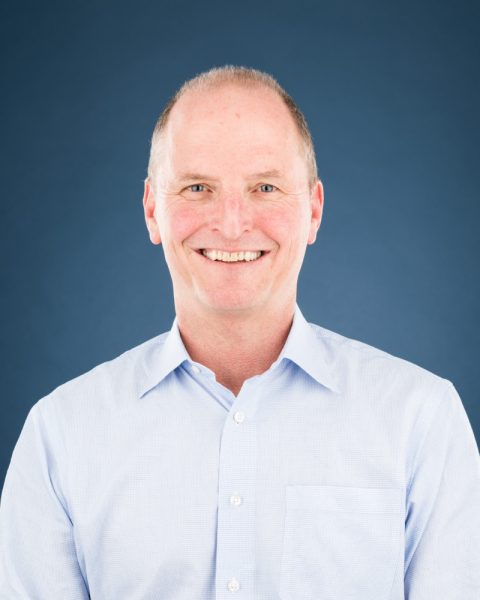 John Boesel is the President and Chief Executive Officer of CALSTART. The public/private nature of CALSTART is reflected in John’s background. Upon graduating from the University of California, Davis, in 1982, John worked in the California legislature as a legislative aide to then Assemblyman (now Congressman) Sam Farr. In that position he managed energy and environmental legislation for nearly four years. He received his MBA from the Haas School at UC Berkeley in 1989. After graduating from business school he worked as a commercial banker in Wells Fargo’s Corporate Headquarters building in San Francisco. In 1993 John joined CALSTART as the Vice President of Technology Programs. In 2001 the Board of Directors promoted him to the position of President and CEO. John serves on the Advisory Board for the Precourt Energy Efficiency Center (PEEC) at Stanford University and is also a board member of the Clean Vehicle Foundation. 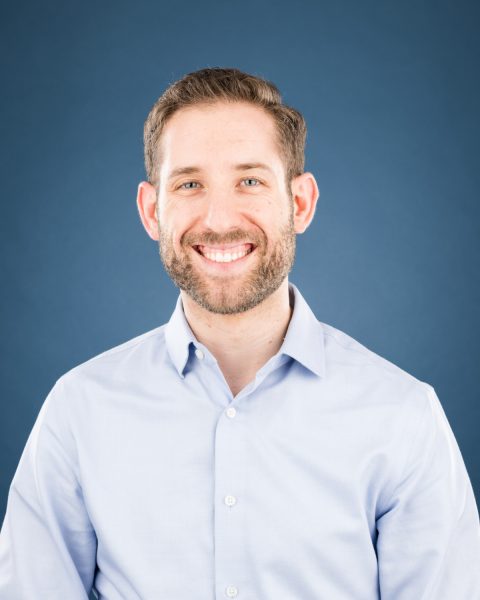 Ben works with private and public fleets to integrate cleaner, more efficient vehicle technologies. Ben leads CALSTART’s work on market acceleration and policy development in the Northeast, including administration of workplace electric vehicle charging and truck voucher incentive programs. Ben also works with regional partners on multi-state, market-driven policy solutions to reduce transportation emissions and elevate advanced technologies. Prior to joining CALSTART, Ben worked under Mayor Bill de Blasio at the New York City Mayor’s Office of Sustainability, where he led policy development and implementation activities with City agencies on transportation and energy supply initiatives in pursuit of New York City’s goal to reduce greenhouse gas emissions 80% below 2005 levels by 2050. He also previously worked at Lawrence Berkeley National Laboratory and was a fellow at NYU School of Law. Ben holds Masters degrees in Public Policy and Energy & Resources from UC-Berkeley and a Bachelor of Arts from Brown University in Mathematical Economics and Hispanic Literature & Culture. 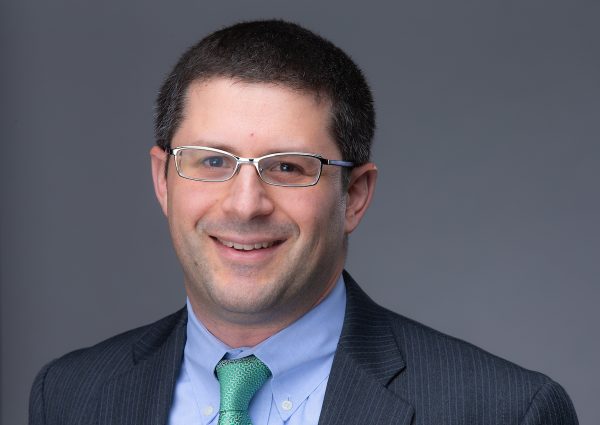 Adam Ruder is the program manager for NYSERDA’s Clean Transportation group. The Clean Transportation group focuses on developing and demonstrating new technologies, policies, and business models that support three key focus areas: electric vehicles, public transportation, and mobility management. Adam has led the implementation of Gov. Cuomo’s Charge NY initiative to advance electric vehicle adoption in New York State and he closely collaborates with other states and the federal government to jointly advance EV policies and programs. Before joining NYSERDA in 2008, Adam received a Master in Public Policy degree from the John F. Kennedy School of Government at Harvard University. 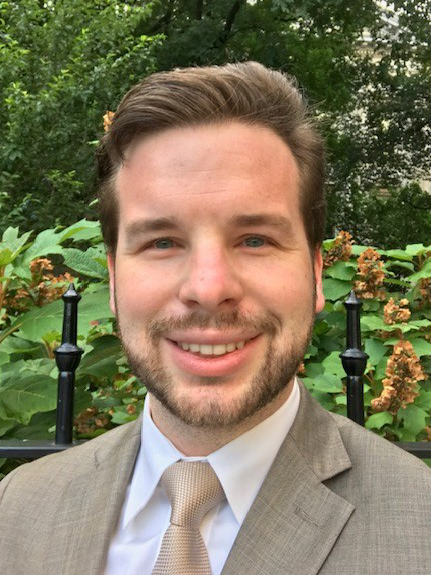 Adam is an Assistant Vice President at New York City Economic Development Corporation in the Ports & Transportation Department where he focuses on strengthening NYC’s supply chain competitiveness by overseeing elements of the city’s FreightNYC Plan, assisting in the planning & policy of PortNYC assets and developing relationships with industry stakeholders. 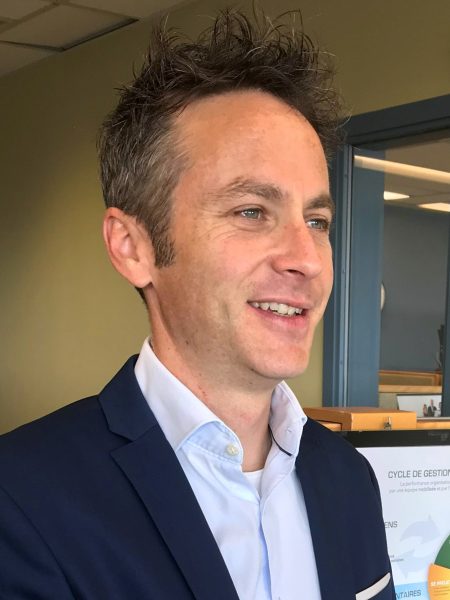 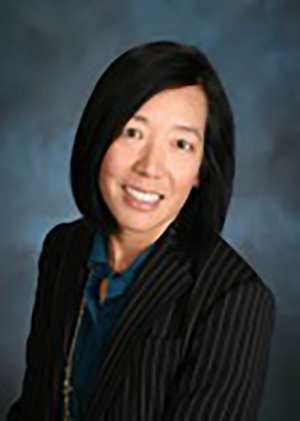 Previously, Choi served as senior vice president of Regulatory Affairs at SCE. In this role, she was responsible for the company’s regulatory strategy and policy at the national and state levels, including regulatory affairs, regulatory operations and environmental affairs.

Before joining SCE in 2012, Choi was executive director of Environmental Services & Strategy at Progress Energy, where she was responsible for leading environmental permitting, compliance and policy. She served the company in various roles, including director, Energy Policy & Strategy, and manager, Federal Public Affairs.
Choi is active in national policy and community engagement, where she serves on the executive board of Smart Electric Power Alliance, a nationwide organization that supports utilities in the implementation and deployment of clean energy and distributed resources. She also serves on the boards of the Alliance for Transportation Electrification and the National Forest Foundation.

Choi holds a bachelor’s degree in government from Dartmouth College. 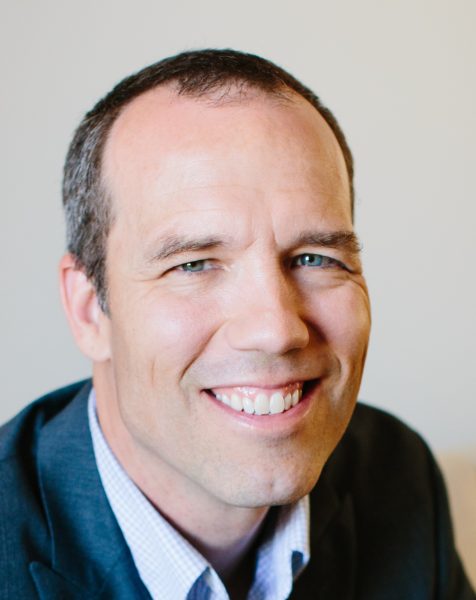 Anthony Eggert is a director at ClimateWorks Foundation which mobilizes philanthropy to solve the climate crisis and ensure a prosperous future. Anthony comes to ClimateWorks with over 20 years of public and private sector experience working on clean energy technologies and policies. Prior to ClimateWorks, Anthony served as the founding director of the UC Davis Policy Institute for Energy, Environment and the Economy dedicated to leveraging university expertise to inform better policy. Anthony public sector experience includes serving as an appointee of Governors Jerry Brown and Arnold Schwarzenegger including as Senior Advisor to the Chair of the California Air Resources Board, Commissioner of the California Energy Commission and Deputy Secretary of California Environmental Protection Agency where he helped implement California’s landmark clean energy and climate policies. Anthony’s started his career as an automotive engineer and program manager at Ford Motor Company working on regulatory compliance and advanced vehicle technology development. Anthony received a bachelor degree in mechanical engineering at University of Wisconsin-Madison and master degree in transportation technology and policy at UC Davis. 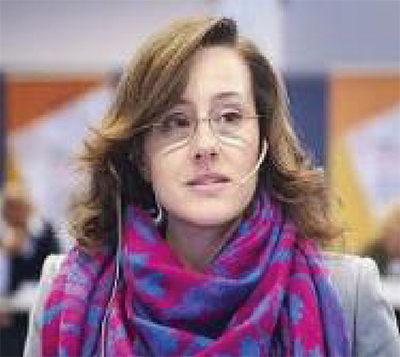 Passionate about social, political, economic and environmental justice for human development, Maruxa specializes in integrated urban and territorial development. Over her 16-year career, she has worked with multilateral institutions, national, regional and local governments, NGOs and philanthropy in 33 countries across continents to develop public policies, capacity and implementation projects, and multi-stakeholder partnerships. 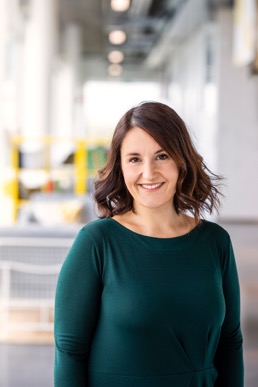 Angela Hultberg is the global Head of Sustainable Mobility at Ingka group (formerly IKEA Group). She is in lead of efforts related to the sustainable mobility agenda, reducing customer and co-worker travel emissions as well as achieving zero emission home deliveries and services.

Angela holds a masters of law degree from Lund University and has worked for PwC and Scania before joining Ingka Group. 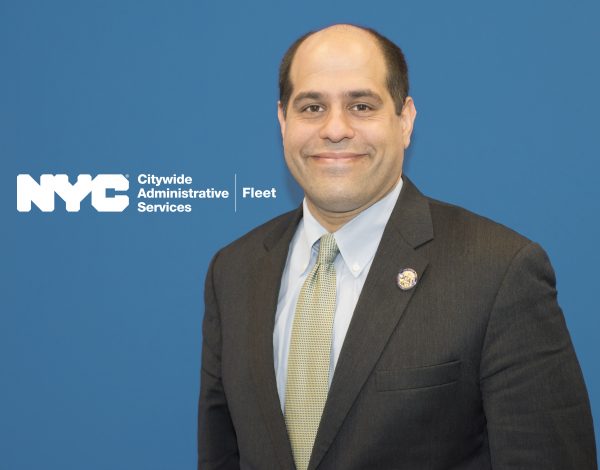 Keith Todd Kerman is a Deputy Commissioner at the Department of Citywide Administrative Services (DCAS) and New York City’s first Chief Fleet Officer. New York City has the largest municipal fleet in the United States with over 30,000 vehicles, 80,000 fleet operators, and over 2,000 staff engaged in fleet operations. In 2018, NYC spent nearly $1 billion in fleet operations including acquisitions, repair, fuel, services, and collision claims. Keith implements Mayor de Blasio’s NYC Clean Fleet initiative to reduce greenhouse gas emissions by 50% for the City fleet including biofuel and electric vehicle adoption. New York City has one of the greenest fleets in the nation with more than 19,000 vehicles operating on some type of alternative fuel. Keith is also a lead for Mayor de Blasio’s Vision Zero initiative to eliminate traffic fatalities in NYC, focusing on fleet safety. Keith manages inter-agency shared fleet services in partnership with major fleet agencies including NYPD, FDNY, DSNY, DOT, and DEP. Keith is in his 26th year of public service, having served over 17 years with NYC Parks, most recently as Assistant Commissioner for Citywide Operations. In 2019, Keith received the Sloan Public Service Award, NY’s highest public service recognition. Keith is a native of Massachusetts, a graduate of Harvard College, and father to two young boys. 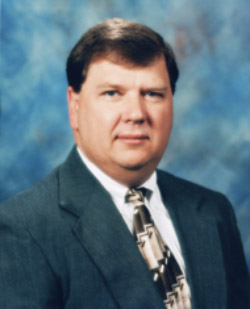 Russell Musgrove is the Managing Director of Global Vehicles for FedEx Express, the world’s largest express transportation company providing delivery to every address in the U.S. and more than 220 countries and territories around the world. In this role, Musgrove oversees all aspects of the company’s global fleet Engineering and Strategy for Vehicles globally. His scope of responsibility includes improving efficiencies and ensuring fleet safety through the strategic program management of the company’s ground support equipment, engineering, warranty and training.

A passionate advocate on the environmental and economic benefits of greater fuel efficiency, Musgrove is a driving force behind the company’s ongoing commitment to connect the world in more responsible ways while minimizing its effect on the environment. 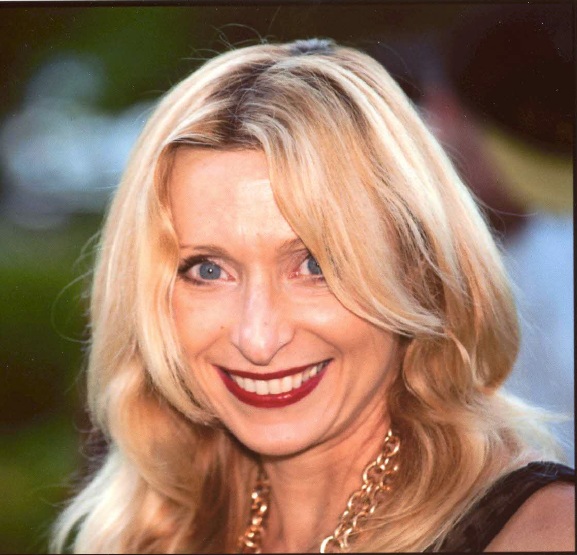 Christine Weydig, Director of the Office of Environmental and Energy Programs at the Port Authority of NY & NJ

Christine Weydig is the Director of Environmental and Energy Programs at the Port Authority of NY & NJ where she leads efforts to achieve the Agency’s ambitious sustainability commitments to uphold the Paris Climate Agreement and achieve long-term greenhouse gas reductions. In this role, Ms. Weydig develops environmental policy and programs to reduce the carbon footprint of the NY-NJ region’s airports, seaports, bridges, tunnels, rail systems, and transportation hubs. Ms. Weydig’s past public sector experience included roles at the US Department of Energy and the US Embassy in Baghdad. She has over ten years of consulting experience working for clients such as the US Department of State, US Agency for International Development, and the United Nations Development Programme. Ms. Weydig holds a Master’s Degree in Public Affairs, concentrating on International Energy Management and Policy, from Columbia University; and a Bachelor of Arts from Cornell University. 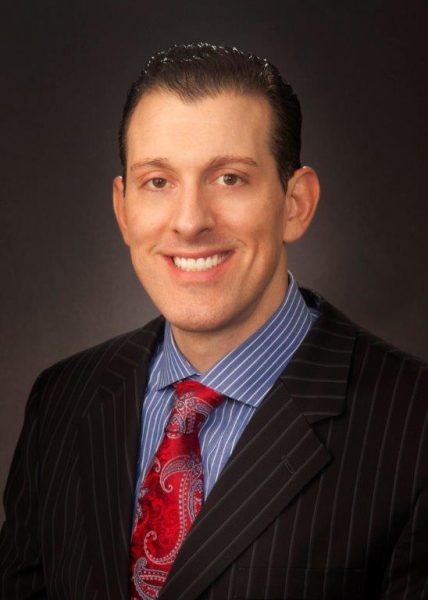 Peter Rego held senior sales, officer, and general management positions since 2006 at his previous company (a Fortune 500, multibillion dollar corporation), before joining Lion Electric Co. in 2018 He has also managed seven business units and a professional staff of over 500 sales directors in different regions with a sales budget of up to $75 million, and total revenues in excess of $800 million. 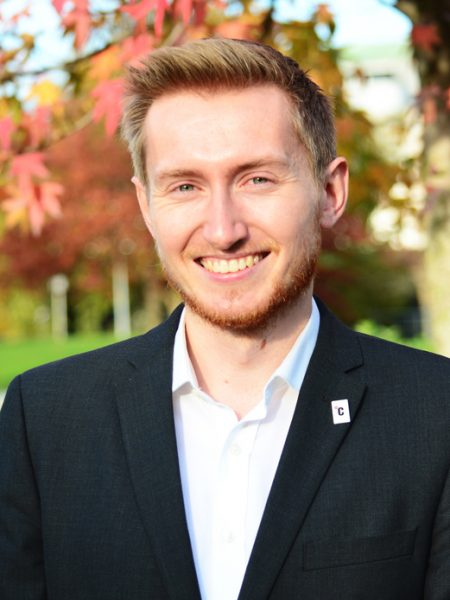 James joined The Climate Group in August 2018 as Campaign Manager for EV100, The Climate Group’s global initiative bringing together businesses committed to the transition to electro-mobility. James’ main focuses include developing and implementing EV100’s corporate outreach strategy as well as managing the production of the EV100 annual report and a range of other projects to expand the initiative’s global visibility and impact.

James previously worked on climate change policy and advocacy for the environmental organisation WWF, including work on bioenergy and electromobility in the UK and on aviation in the UN. This included a campaign to raise the UK Government’s stated ambition on the transition away from fossil fuelled transportation in 2017-18, and co-leading WWF’s global engagement in the development of a carbon trading mechanism – CORSIA – for the international aviation sector from 2014-16. Prior to this, James spent three years working on communications for the UK-based Renewable Energy Association. 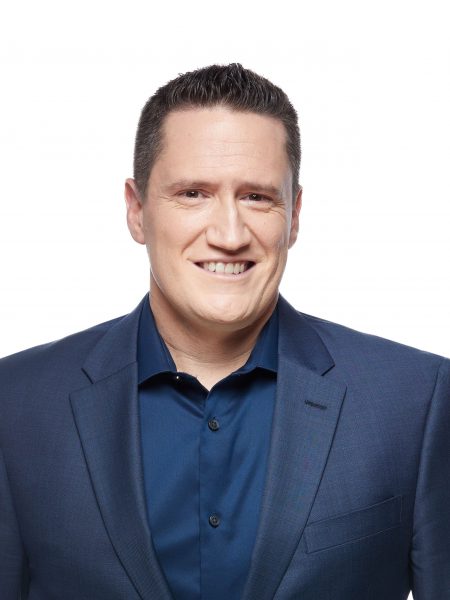 Benoit Charette, Minister of the Environment and the Fight Against Climate Change, Government of Quebec

Born in Saint-Jérôme on July 19, 1976, Benoit Charette has been Member of the National Assembly for the Deux-Montagnes riding in the Laurentides region since December 8, 2008. He was appointed Minister of the Environment and the Fight against Climate Change on January 8, 2019.

After graduating from the École nationale d’administration publique and Université du Québec à Montréal, Minister Charette got involved early on in international work, first as a volunteer aid worker in Haiti in 1995 then at the Délégation générale du Québec in Mexico City and the Ministère des Relations internationales du Québec. He subsequently became a program manager at the Agence intergouvernementale de la Francophonie.

Mr. Charette’s social engagement includes his role as Executive Director of the Forum jeunesse des Laurentides from 2003 to 2005. Subsequently and until 2008, he served as Local Programs Manager for the Jules and Paul-Émile Léger Foundation. Over the years he has been a member of the Boards of Directors of several community organizations.

Mr. Charette is also the proud father of three children.