The number of zero-emission truck and bus models on the market now or in the near future will grow nearly 33% from 2021 until the end of 2022 (from 609 models to 808 models) in key global markets.

Zero-emission medium-duty step vans are tracking 18% growth (17 models to 20) over the same period. The increase in the number of zero-emission school bus models is of particular note for the North American market, rising 13% (16 models in 2021 to 18 models by 2022). Heavy-duty truck models are reflecting 88% growth from 2021 to 2022 (57 models to 107 models). And zero-emission transit buses, by far the overall model leader and the most-established zero-emission application,  are expected to end 2022 with 285 available models – a steady 14% rise between 2021 and 2022 (251 models to 285 models), the majority of which are available in the Chinese market.

Globally, the most robust model-availability growth comes from zero-emission cargo vans and heavy-duty trucks, both of which are considered “foundational technologies” for the overall zero-emission truck segment under Drive to Zero’s “Beachhead Strategy.” Growing these model types and other foundational technologies first is key to accelerating the segment because components in these vehicles can be used in other, more specialized vehicle types.

In order to maximize the zero-emission truck and bus vehicle segment growth in key regions, national governments must adopt aligned policies, regulations, incentives, infrastructure investments, and pilot projects targeting ZETs and ZEBs. Although the available data suggests the United States and Canada combined appear to have healthy and steady growth, China represents the vast majority of the ZEV market globally by deployment. China far exceeds North America in the adoption of ZEVs, with an estimated more than 466,000 ZEBs operating in the nation. The United States records 5271 ZEBs and 1,895 ZETs deployed in the nation, with a large portion of those vehicles on the road in California.

According to manufacturer data, the market in China might reach the saturation point around 453 models in 2022, and other regions still show slight growth.

A recent paper from CALSTART highlights the technical feasibility of nations adopting a target of 100% new zero-emission commercial vehicle sales by the year 2040. “The United States is falling far short of what is needed in terms of sales if we hope to reach ambitious 30% zero-emission truck and bus sales by 2030 and 100% zero-emission sales by 2040, which has been adopted by a number of leading nations,” said Owen MacDonnell, project manager, CALSTART. In order to reach the 30% zero-emission truck and bus sales target by 2030, the United States would have to leap from fewer than 5,000 ZETs and ZEBs in the nation to a sales target of 593,303 zero-emission medium-and heavy-duty vehicles by 2030.

When breaking down the zero-emission truck and bus segment by vehicle type, the highest number of OEMs can be found in the ZE transit bus (50 OEMs), MD truck (43 OEMs), and HD truck (39 OEMs) vehicle types. This concentration of manufacturers around these foundational zero-emission vehicle technologies is encouraging. Drive to Zero’s Beachhead Strategy outlines the importance of growing these segments because the components that go into these vehicle types can be used in other vehicles. “Although some leading markets – like California, Canada, and Austria – are creating supportive ecosystems to accelerate this vehicle segment, leading global markets like the United States, Germany, and China must do more,” said CALSTART Project Manager II Owen MacDonnell.

The key policies, programs, and actions that make up California’s ecosystem include (but are not limited to) the Advanced Clean Truck rule, California’s Hybrid and Zero-Emission Truck and Bus Voucher Incentive Project (HVIP), the Innovative Clean Transit Rule, and the Low Carbon Fuels Standard. In addition, the Golden State is an endorser of the Global Memorandum of Understanding (MOU) for Zero-Emission Medium- and Heavy-Duty Vehicles (ZE-MHDVs).

Ranges for zero-emission trucks (ZETs) are improving year to year. Medium-duty ZETs, medium-duty step vans, and cargo vans on the market in 2022 come in with median ranges of 276km/173mi, 241km/150mi, and 261km/162mi respectively, according to manufacturer data. This allows zero-emission trucks to meet a growing variety of delivery duty cycles.

As zero-emission technologies become more efficient, an increasing variety of heavy-duty ZETs with improved performance will become available . According to manufacturer data, heavy-duty ZETs on the market in 2022 now boast a median range of 241km/150mi. They will soon include a mix of battery electric and hydrogen fuel cell electric options. Range-leaders for HD-ZETs available today include Volvo’s VNR, Freightliner’s eM2 106, and eCascadia.

Ranges for zero-emission buses (ZEBs) are also increasing year to year. According to a United States Department of Energy database, the median daily distance battery-electric buses can travel has been steadily rising from 2016-2021 — starting at a median average of 85km/52.95mi per day in 2016 to 201km/124.97mi daily in 2021.

According to manufacturer data, ZEB school buses and shuttle buses are found to have a median of 388km/137mi and 241km/150mi, respectively. To put the school bus range in context, case studies from the State of California identify median route lengths of 48km-71km (30mi-44mi) in urban districts and route lengths of up to 121km/75mi in rural areas, meaning ZE school buses on the market today boast ranges that could easily complete the studied routes.

*Battery range in real-life conditions is impacted by duty cycle, climate, vehicle maintenance, and a number of other factors. 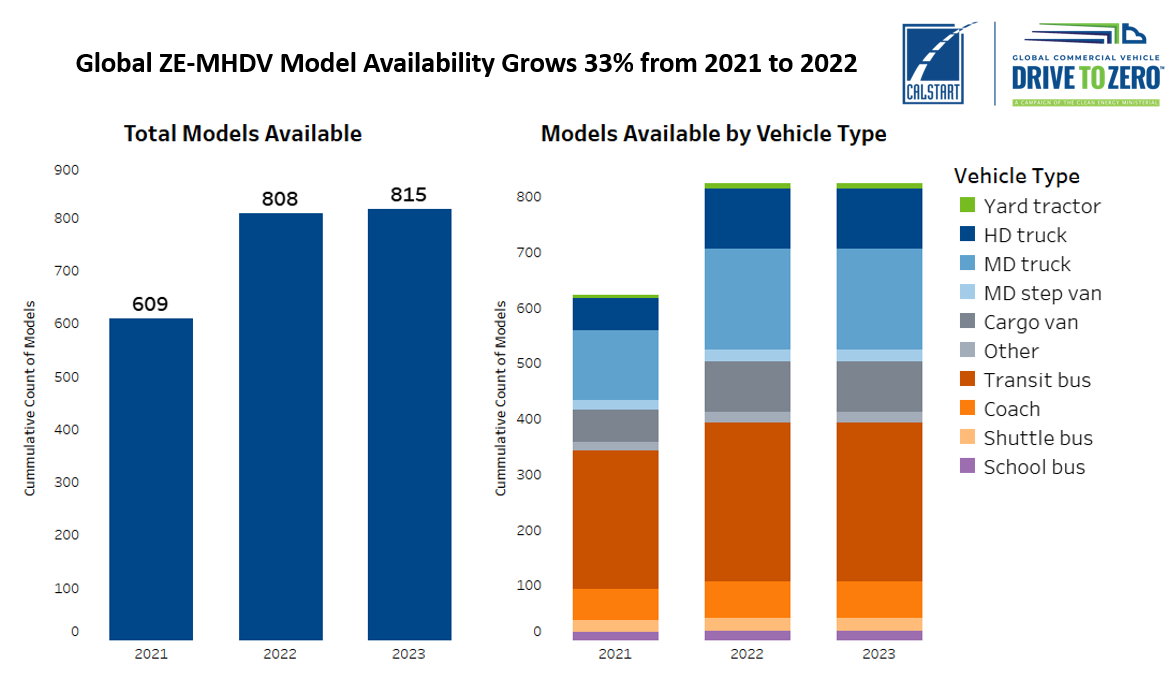 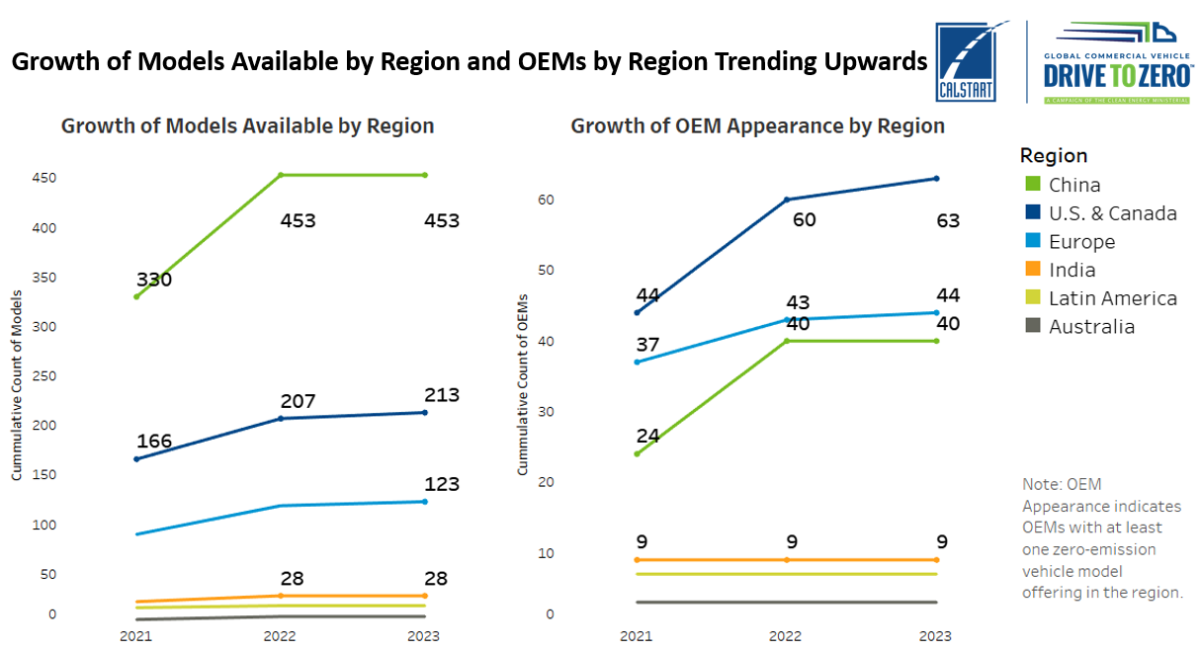 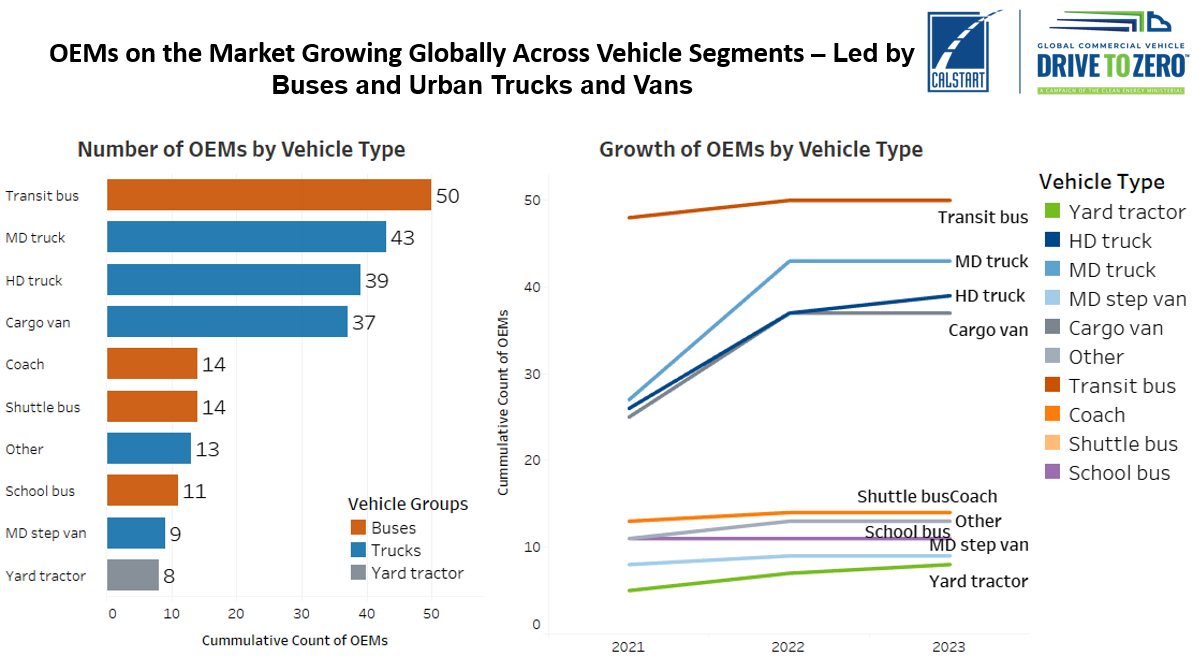 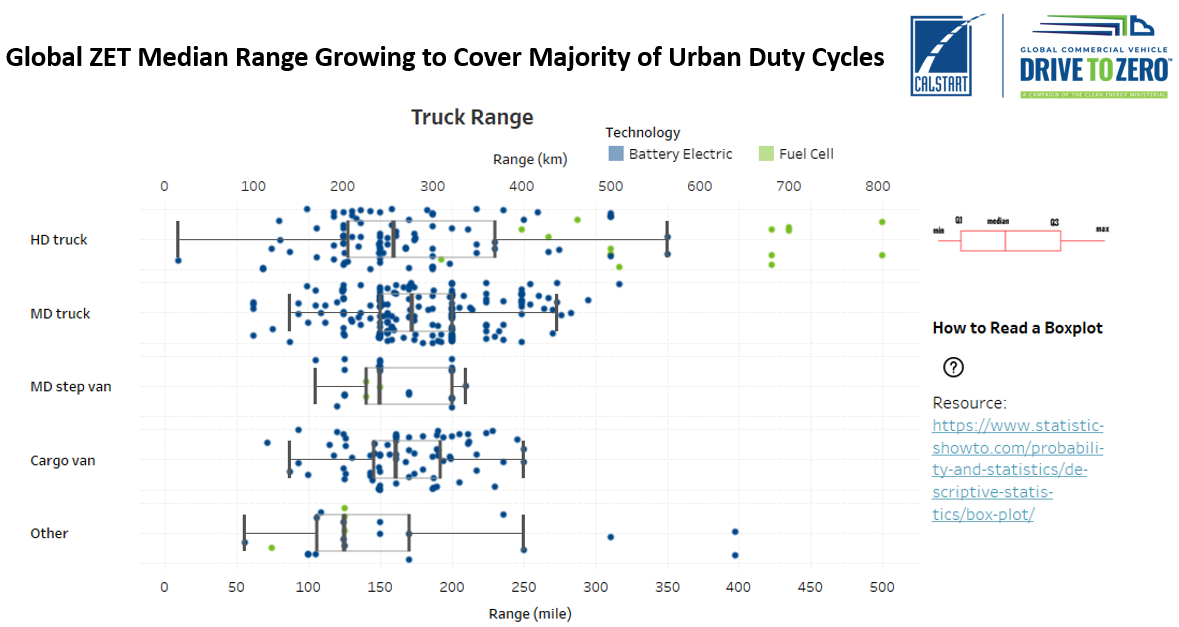 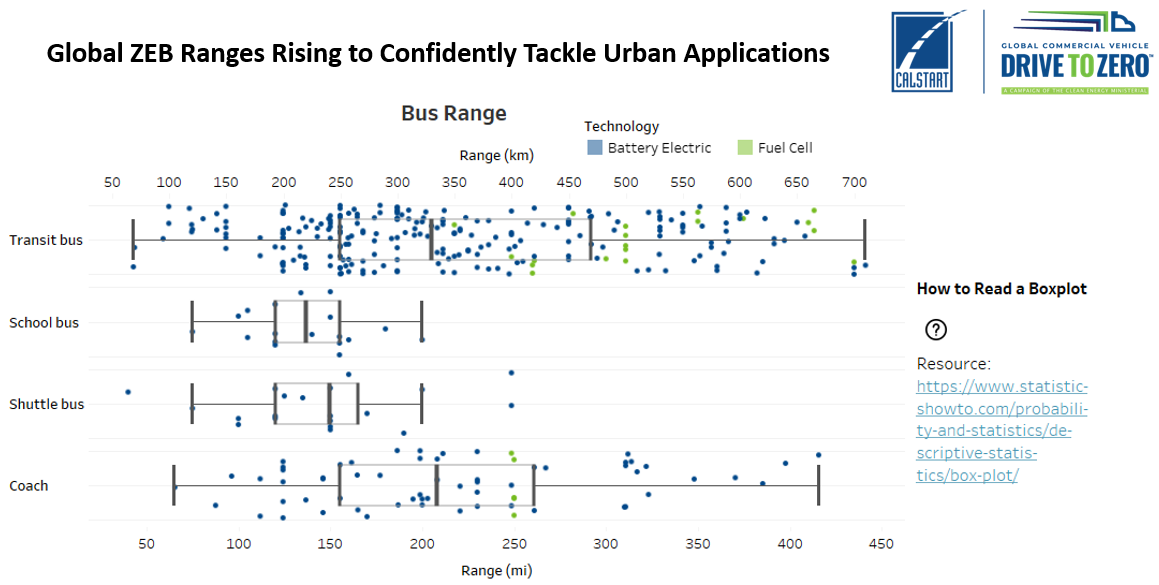