The global electric vehicle market has continued to grow and diversify during the past year’s turbulent automotive market, according to the International Energy Agency’s annual Global EV Outlook for 2021. CALSTART and its associated Global Drive to Zero Campaign supported the research and development of the medium- and heavy-duty (MHDV) segments and are pleased to share some of the top-level takeaways for the zero-emission commercial vehicle (ZECVs, defined here as including buses, trucks, and other MHDV segments) sector. The findings below reflect the stated research from the Global EV Outlook, with graphics added from other sources to emphasize the report’s target research results. 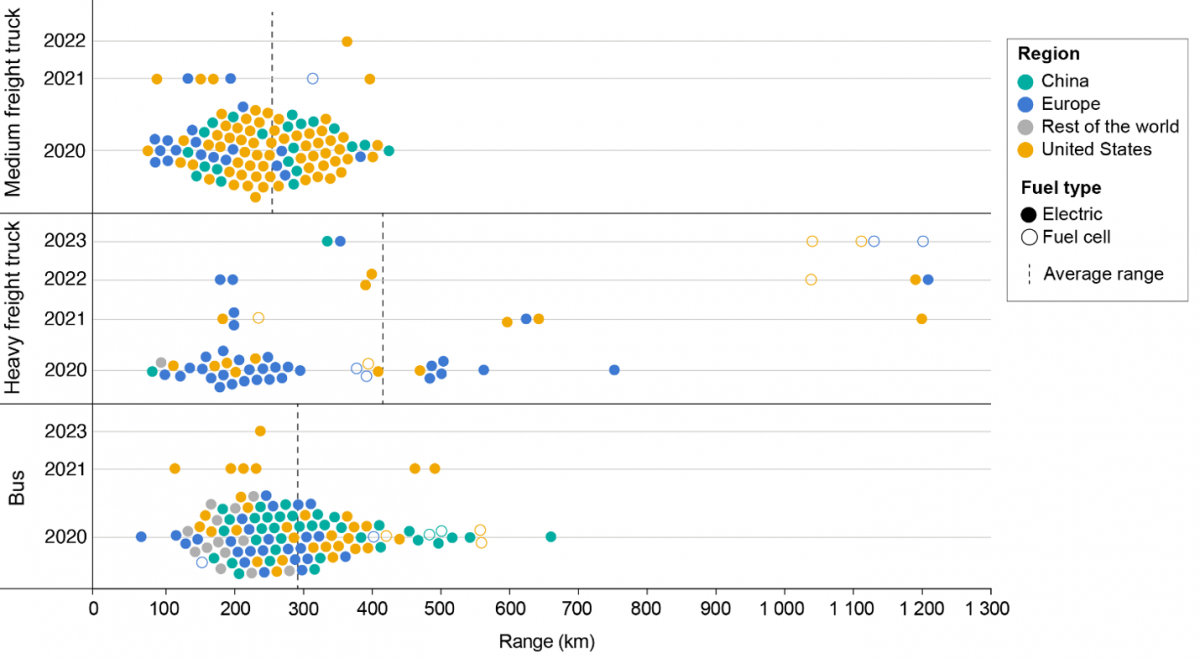 High-level takeaways from this ZETI-derived chart that provide context for how ZECV availability has developed and is expected to continue include:

A sharp increase in demand for EV batteries will accompany the planned growth in the ZECV market. Currently battery demand is greatest in the passenger vehicle segment, a trend that is expected to continue over the next decade – the IEA estimates that 85 percent of demand will derive from the passenger vehicle segment, with approximately 10 percent split between trucks and buses.

Current lithium-ion battery production capacity amounts to approximately 160 Gigawatt-hours for all vehicle types. To meet the IEA’s estimates of vehicle electrification to meet climate goals (called the Sustainable Development Scenario, or “SDS”), battery demand will rise up to 3.2 Terawatts-hours by 2030. ZECVs will account for 10 percent of the 2030 production figure at 320 Gigawatt-hours, or roughly double all current battery production.

The Chinese ZECV market, consistently responsible for more than 90 percent of the global market, has overwhelmingly led global ZECV sales. China’s market has been buoyed by expansive national subsidies that have reduced the purchase price of electric trucks and buses, which are typically more expensive to purchase than fossil fuel-powered equivalents. The national subsidy, which is often augmented by local governments, is tied to the size of the battery, providing flexibility for fleets to affordably purchase vehicles with enough battery range to meet their operational needs. The Chinese ZECV subsidy was established in 2013, revised in 2016 to scale down completely by 2020, and then extended in 2020 for several more years. The graphic below demonstrates the success of the Chinese market relative to other regions and the potential impact that the subsidy had in growing the market, as well as the depressing impact on sales of reducing the vehicle subsidy after 2016.

National programs, such as China’s subsidy, provide clear market signals and for manufacturers and fleets and may be effective drivers of ZECV sales. Absent strong national programs, however, states and provinces can and are effectively supporting the transition to ZECVs. California provides an excellent example because this state has also reduced upfront ZECV costs its innovative Hybrid and Zero-Emission Voucher Incentive Program (HVIP), which uses point-of-sale rebates to reduce the incremental costs of higher-cost clean commercial vehicle technologies. This program (which is reopening on June 8 for new voucher requests) has allocated over $120 million to support ZECV deployments, most notably for transit buses, which are typically considered one of the most successful early-market commercial applications for electric drivetrains. California was the first state to offer such an incentive and remains one of the only states to do so – accordingly, transit bus sales are notably higher in California than in other states, accounting for 41.6 percent of all zero-emission U.S. transit bus orders at the end of 2020.

Current or On-Order Zero-Emission Transit Bus Deployments by State as of December 2020 (Source: CALSTART’S
Zeroing in on ZEBs) 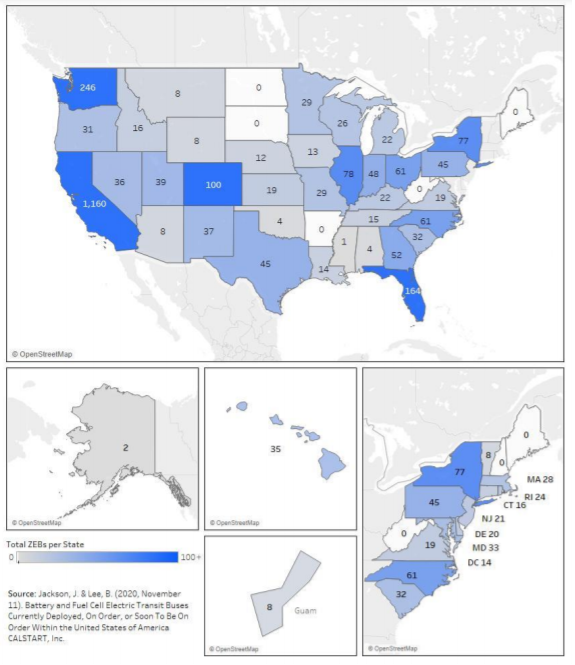 California is leading ZECV uptake through several additional programs, including:

Other states are also supporting the transition to ZECVs, such as the 14 other states that have signed on to a Memorandum of Understanding to accelerate ZECV deployments. The states are collaborating to develop best practices and policies to achieve their deployment goals, which have been set at 30 percent zero-emission new commercial vehicle registrations by 2030 and 100 percent by 2050. 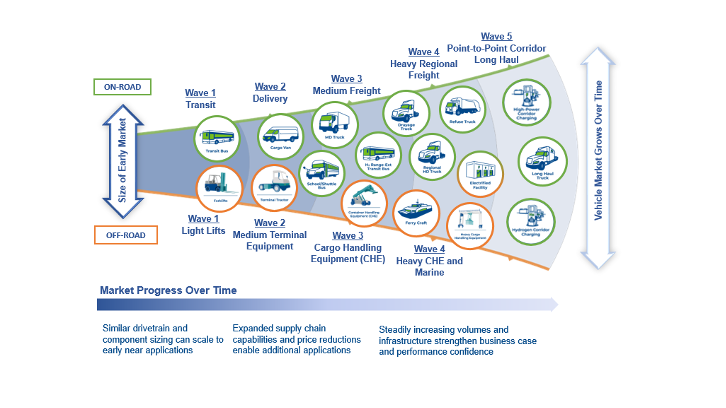 Some national governments are supporting ZECV deployments through a range of incentives and regulations. In Europe, for example:

The diversity of approaches to achieving cleaner, low-carbon transportation is evident in the IEA’s compilation of zero-emission targets and internal combustion bans. More than 20 countries have announced full international combustion bans and eight (and the European Union) have pledged to achieve net-zero emissions. Several other nations, including Japan and China, have indicated that they plan to set similar targets, but they have not yet been set in legislation. 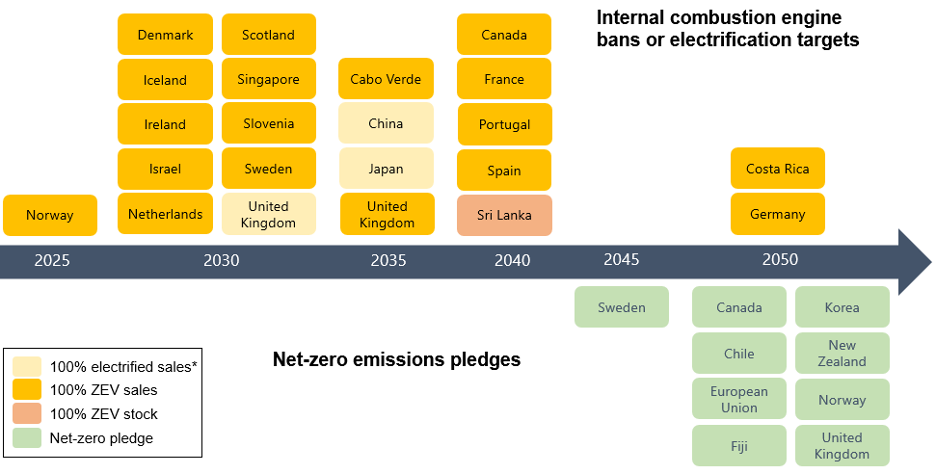